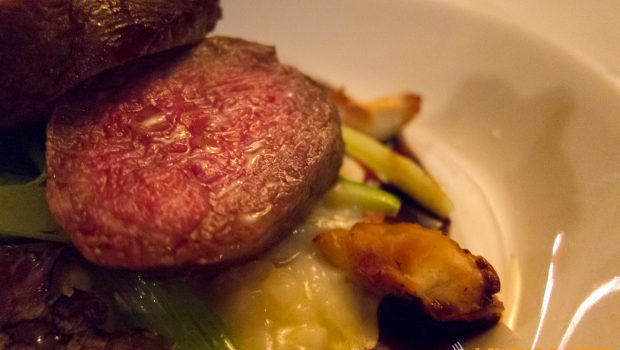 On this windy Friday night, we dropped into Vinnies in Ponsonby for dinner. I had heard the name plenty of times before, but I always thought Vinnies was a traditional Italian fine-dining restaurant. The name really does give an Italian ring to it doesn’t it? But no, it was just a really nice fine-dining restaurant. Owned by renowned chef Geoff Scott, the name Vinnies is actually their neighbours cat – nothing to do with Italy!

The restaurant itself was very romantic with dim lighting – classy and elegant. Fine dining restaurants always have dim lighting, why?! It makes taking photos such a mission for us! But then we don’t go to take photos, we go to eat. Obsessed guys like us.

To Cecilia’s excitement, we were seated at a small round table. And rather than facing each other, we found ourselves almost next to each other – something that rarely (never) happens when we dine as a couple.

I wonder how the chef came up with a combination like this? Or, how chefs come up with combinations in general? My answer: They’re artists more than cooks.

Take one mouthful of all the ingredients together and this is what I got: leanness of the ostrich, softness of the gel, then the smoked taste of the rice. Everything had a different taste, but everything fit. The gel, veges, and rice, pretty much neutralized the ricotta – but it gave the ostrich a bit of a kick. Disappointments? The whole dish just seemed a bit small… even for an entree. I wished the ostrich could have been thicker so that I didn’t have to scrape it off the plate!

Seems like there’s an ongoing theme across the entrees with textures. The best part of this dish was where I got to break the brulee with my spoon. The perfect crisp was like any good creme brulee and seemed to set off the happy vibes as though eating dessert. The dish was mainly cold – it would have been better if the brioche was warm to the touch and chewy rather than crumbling so easily. The foie gras was really divine and the complementary papaya and sweet wine jelly was gentle on the side.

This is the first time I tried hare and surprisingly the meat fell apart very quickly. The sweet cinnamon was infused all the way through the meat and the jamon crumble gave it that nitty gritty texture. The sauce was amazing with just enough to soak up with the meat. You may need to order sides with this main though, you won’t feel hungry afterwards but the portion and light meat doesn’t give you the feeling of one hearty meal on a cold autumn evening.

A delight and pain to write about. Why? It wasn’t on the menu – it was the special for the evening – And it’s not like I was taking notes while I ate, so this is all from memory! I was quite excited when I saw this dish, venison with risotto? Not the typical match. I would say that the shitake mushroom was the surprise for this dish – the mushrooms gave an oriental Asian feel. It also acted as a bridge between the venison and the risotto. Looking back now, I can see that without the truffles and mushrooms, the venison wouldn’t have fitted so well with the risotto.

Apparently this was something new that the chef had come up with, and we were the first to try it! I know what you’re thinking: Feijoa overload!!! Ha, yes, I must admit – a bit too much feijoa. But I love feijoa anyway and this was the first time they tried it! The feijoa cloud and feijoa definitely made the dish on the sour end – but that’s where the white chocolate came in. It was a bit like being taken to land of sourness by the feijoa, then Mr White Chocolate comes and pulled you back to sweetness.  I would say, if there was a bit more of the white chocolate, the dish would’ve been more balanced – and this is from someone who’s not a fan of white chocolate. I never thought of pairing white chocolate with feijoa but now this makes me want to try it at home!

In terms of atmosphere, I think Vinnies was the quietest – or maybe it was just a quiet Friday night? What’s nice is that the tables and seats are quite spread out, so you won’t feel like you’re hitting someone’s elbow while you eat..Or have the gaze of someone from another table on your food.

If you’re one that’s used to noisy restaurants, you might find the quietness a bit awkward… but that’s why you can to talk to your date right? Or, you can make conversation with the nice American waitress on her working holiday! If it’s Valentines day, an anniversary, or something special, this is probably the place you’d be able give someone the warm fuzzies.

Thanks for reading, fellow Omnomer! The OmNoms team has some huge surprises, and competitions coming! And we’ve got some big big plans to make the OmNoms site even better! But don’t forget, we need support- lots of it! So please subscribe, Like us on Facebook, and follow us on Twitter! And let all your friends know, all of them! The more omnomers we have, the better stuff we can bring for you! 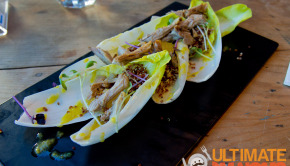 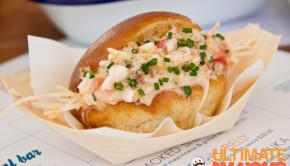 Escapism at The Hamptons → 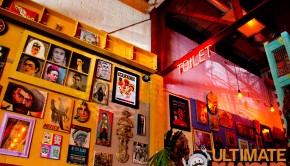