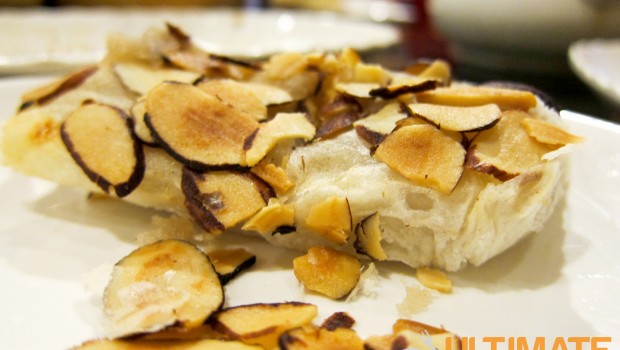 As a child, Rayshurshur always thought Yumcha was called yumcha because the food was yummy. No Rayshurshur, here’s what it means:

Yumcha or literally “drink tea” in Cantonese is no English afternoon tea. Oh no no, yumcha restaurants are noisy places and you’re guaranteed to be interrupted dozen of times by waitresses.

Not put off yet?

Some are wary of yumcha because of the mysterious little dishes- and it is so fun going yumcha with those who have never been before. Watching them look suspiciously at the food and demanding they must know what it is before anything goes inside the mouth. Oh yes, we’re talking about chicken feet, tripe, intestines, and all the other delicacies of yumcha.

But we don’t want to scare our friends away just like that! We started off safe. Here you can see the shrimp showing through this semi-translucent pastry. That day, it occurred to me why a lot of dimsum (the little dishes) are indeed quite mysterious looking. It’s because you have no idea what’s inside! The food is always wrapped or stuffed, no wonder so many translations end in dumplings.

This pastry was not the best, it should feel silky and glide down your throat, too bad this was a bit thick and floury for my taste.

This is something we would normally never order when we go yumcha with family. It’s a big plate of fried squid and old Chinese people don’t eat fried food much.

Not long later we were too busy nomming away to take photos but seeing a dimsum filled table is always satisfying!

Spinach & shrimp dumpling. It seemed to be a favourite among the table and we gave it an encore.

Here’s the first delicacy, tripe. Now, I know tripe is eaten all around the world – not only eaten by the Chinese, but it’s the way it’s cooked that matters. In yumcha, tripe is steamed with spring onion, garlic sauce and served with soya sauce. Simple, only four ingredients. The steaming gives the tripe a soft, chewy texture. Yum.

The second delicacy, chicken feet. Now I have a few friends that cringe at the thought of eating feet. And I know I describe it as if I eat it everyday, but no, this is a delicacy – we eat this here at yumcha because it’s not something we normally eat it at home. Don’t worry the top layer of the chicken feet has already been removed!

Here’s Jonathan holding chicken feet with his chopsticks. Look at that nervous smile. He’s about to eat feet for the first time.

Here’s what he thought: The feet looked very cool (actually he couldn’t stop playing with it- who taught that boy table manners??). But what he found interesting was the amount of bones. Taste? I asked him, he said it tasted fine.

This is one of our all time favourites. Durian Mochi. Mochi is a traditional Japanese, Chinese, Korean, Thai rice Cake made with glutinous rice paste with fillings in the middle. Here, we have mochi filled with cream and durian. The durian gives off a stench that kind of lingers as an aftertaste, but for those who have never had durian before, they say you either love it or hate it – definitely worth trying!

And finally this is a special taro dessert that we’ve only seen in Star Cafe. The roasted almonds are a perfect combination with the warm taro filling inside.

When we first walked into this busy place it was ridiculously busy, luckily we had booked a table. Out of all the places that we looked around for yumcha, we chose this little place on the North Shore because it had the best variety of yumcha dishes, and was priced as the best value. The service isn’t great, but hey, there’s a lot of om nom dishes to choose from! 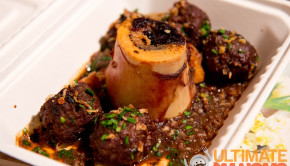 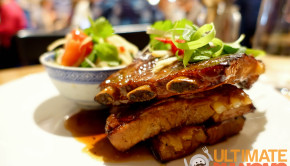 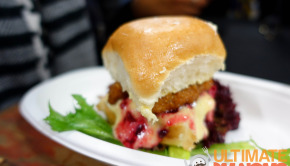 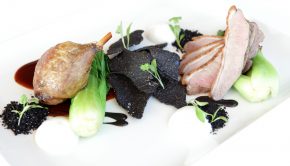 2 Responses to The Full Yumcha Experience