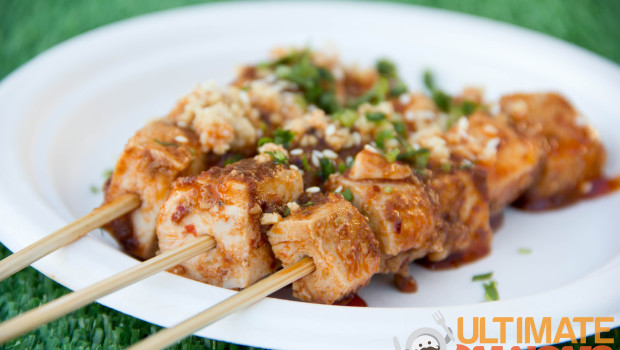 As Taste of Auckland turns 5 this year, there’s a lot to expect from the show! The walking degustation is something to look forward to every year and it’s refreshing to see some new restaurants taking part this year.

It was great to go on the opening night on Thursday and I boy was glad to find sunnies in my bag. Unlike the last two years where the grass was still sore and recovering from the rain, the sun was bold and everyone was in eager spirits. Most people are familiar with karaage chicken (Japanese fried chicken) at Japanese restaurants but imagine this in duck form. So delicious. One of my favourites at the show this year. Yum yum is in fact the generous dousing of mayo you see on top and makes this dish one of those where you want to hog it all by yourself. Expecting a blast from the laoganma chilli sauce, I was surprised with the first tentative bite that the chicken was cold. Once my tastebuds remembered the feeling of cold side dishes at Chinese restaurants, I quickly finished my first chicken skewer. Quickly, because the heat from the chilli sauce was starting to wrap itself around my tongue and the skewers were easily that addictive. Compared to the chilli blast, the poached prawns from Fish paled in taste. Everything on the ingredients list suggested gentleness with fresh ingredients but it lacked a kick or surprise upon bite. You can never go wrong with Chef Nick Honeyman who heads both The Commons and Everybody’s Izakaya. The salmon was as beautiful as the first timewe had it in his restaurant. The creamy coconut and vanilla with salmon is clearly a winner that keeps people coming back for more. This was one of the first dishes we picked after getting our hands on some Crowns (currency used at Taste) and the word “oysters” had caught our eyes. These were actually more like chicken nuggets, being shaped like oysters. Once we got over the initial disappointment, it was easy to enjoy it. After all, you can’t go wrong with anything that has a fried shell and whipped avocado. I had my heart set on this dessert upon the first reading of the menu. Move aside Taste of Auckland official birthday cake – popcorn and chocolate was going in my belly. Boy was I disappointed. After seeing the word “popcorn” leap out so many times from the menu and having just tasted what a popcorn dessert was like at Tom Tom’s last weekend, the result was a bit messy. The chocolate sweetness drowned out the subtly of the popcorn flavour and not enough textures were at play to make the dish as exciting as it sounded.

Tomorrow is the last day to catch the last session at Taste of Auckland! Make sure you get in early to avoid the crowds and bring a big appetite. Walking around with delicious smells and being surrounded with Auckland’s biggest foodies will be sure to put you in a good mood. 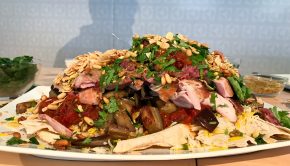 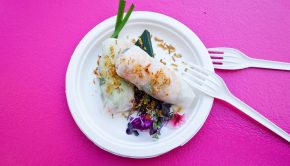 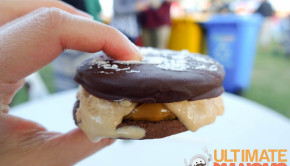 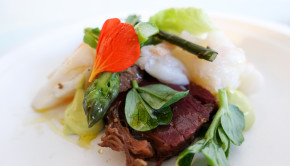