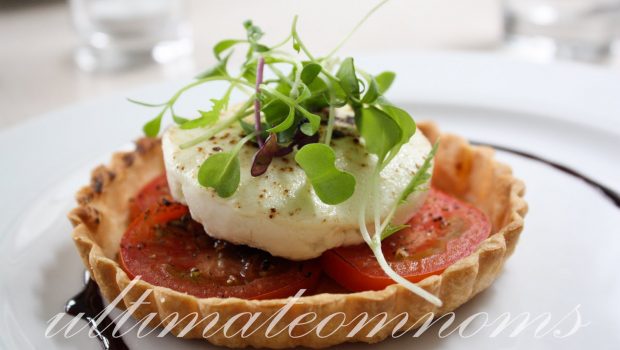 “Sorry it’s booked out that day.” …What?

Probably the last words you want to hear when you’re booking for a dinner. Especially for a birthday.

But thanks to that busy restaurant we found one of Birkenhead’s best kept secrets.

Who knew that 2 mins drive away from Cecilia’s house lies this secret little restaurant. You wouldn’t even think it was a restaurant from what just looks like another villa on the outside.

If you’re looking for a quiet contemporary restaurant that exudes elegance – this is the place.

We both chose relatively rich entrees but mhmm what a way to start off with beautifully presented dishes!What’s great about this restaurant is not the complexity and uniqueness of the food – but more about how simple everything is presented, the dishes can look a bit boring, but this just shows the quality of the food – where great dishes don’t have to be complex.Unlike a lot of fine dining restaurants, Eight.Two doesn’t have the dim interior and this crisp simplistic lighting made it perfect to take photos without worrying about how grainy they would look afterwards.

(above) Rayshurshur’s duck confit as his main while (below) Cecilia’s scotch fillet.

Duck was beautifully cooked, while like many other restaurants – served with bok choy and kumara mash, seems boring but the sauce was what made the dish come together, giving the dish more character.

The scotch fillet was cooked almost to perfection. Although it wasn’t quite a melt in the mouth sensation, the nest of spinach and potato mash with the sauce made up for any coarseness.
For those lovebirds out there, you might want to go a bit later when the candles are lit for this irresistible soft romantic glow.

Even though we were stuffed by then, A meal isn’t complete without dessert! No matter how full, Cecilia always has room for something sweet. So we went for the fondant.

Dessert: Chocolate fondant
Cracking into the fondant was the most satisfying thing. The hot fondant with the subtle creamy vanilla ice cream was the perfect end to this meal.

Oh yeah, and why named Eight.Two? Took us a while, asked the owner, and it’s simply because it’s 82 on Hinemoa Street, Birkenhead 😉 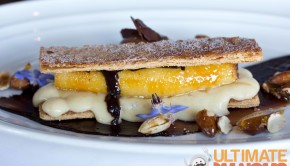 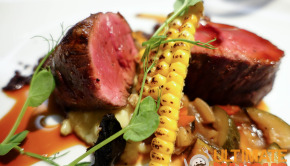 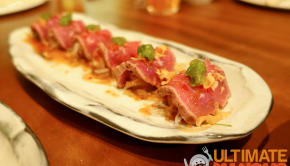