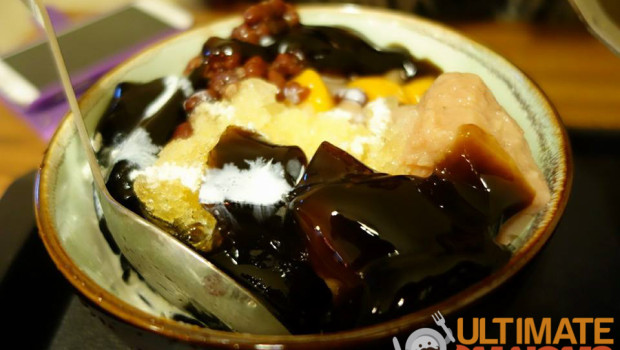 Since Meet Fresh opened a few weeks ago on Lorne Street, my Facebook feed had been flooded with dessert photos. Those raving about the traditional Taiwanese desserts that they would normally have to travel on a 13 hour flight for. Or at least, a few hours to Australia.

Word is, the brand Meet Fresh is not so welcomed in the home country Taiwan but the quality is actually better in overseas countries that it expanded into!

I normally have to travel to Howick for my dose of Asian desserts and after posting the photo on Instagram, many locals asked me what actually is in that bowl. Nothing fancy but seeming like a deconstructed dessert, it deserves an explanation. So let’s deconstruct this. Starting from my favourite: the shiny and jiggly substance is grass jelly 仙草 (xian cao) which you can normally buy in cans at your local Asian supermarket. You’ll also find this on bubble tea menus as an alternative to pearls.

The authentic grass jelly is made from the leaves and stalks of the mesona chineensis plant. It doesn’t have a strong taste itself but is slightly sweet with a tinge of bitter aftertaste. I went through a grass jelly phrase where I slurped my way through cans of grass jelly one after the other because it isn’t too sweet like regular desserts. Traditionally this would be the go-to summer dessert for cooling you down, and for the females (and males) it’s also apparently beneficial to your skin and health.

In this popular shaved ice combo, you can add tapioca (pearls), peanut, taro chunks, taro, and yellow sweet potato balls which are soft and springy. This is a simpler dessert with ingredients as mentioned above: taro and sweet potato balls, grass jelly and condensed milk that you can add yourself.

Both of the desserts were served cold over shaved ice but you have a choice of having it hot with sweet syrup.

When Meet Fresh first opened, lines were literally out the door and a spot at the end of the queue meant waiting for 30min before you got to the counter. Because everything is made to order, there was another long wait time before the buzzer vibrated in your hand.

Authenticity: Compared to Asian dessert places in Auckland that serve this dessert like Istorm and Bubble Tea Cafe, this seems to be a winner. However there have been mixed reviews with the taro and sweet potato balls with some saying that it was fresh and bouncy while others say it was gritty. If you’re missing the Asian style desserts from home – this would be the place to go once in a while, though don’t expect it to be same stuff that grandma used to make back home.

As inconvenient as it may seem, don’t go there after dinner. Even when I went at dinner time there was a small queue. Needless to say, the buzz will soon die down. Until then, it satisfies my craving for desserts somewhere in the CBD. If the strange ingredients haven’t left you feeling bizarre, I recommend going there for a culturally different dessert! 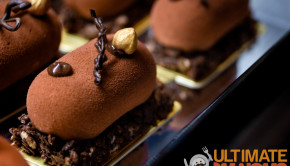 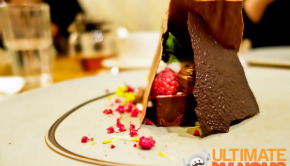 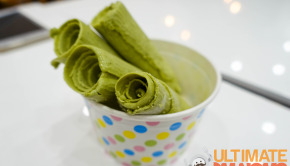 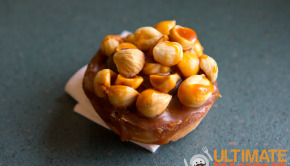