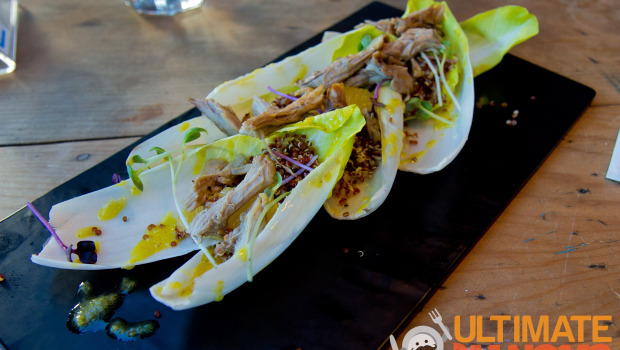 There is nothing better than a nice quiet and casual dinner on a summery Wednesday evening after work – unless you’re snowboarding down one of North America’s highest peaks. But no, I’m back in the New Zealand summer, where it’s jandals, t-shirts and shorts. Also when the sun is still up during dinner time – who can complain? L’assiette was the place on this hump day evening – a French Cafe & Bistro where the decor is simple and elegant, as you would expect for being located in the Britomart area.

Surprisingly the whole place was empty when we walked in, and throughout the night there weren’t many diners either. The staff was friendly, on to it, without being over-the-top. Surprisingly the whole place was empty when we walked in, and throughout the night there weren’t many diners either. The staff was friendly, on to it, without being over-the-top. No pretentiousness here.

This would be a huge disappointment for the guys – for a main it was quite small, but the food itself is definitely on point! Probably needed a bit more duck and pomegranate to add to the sweetness and juiciness, since the bitterness of the endives overwhelmed the dish a bit. Though I must say, this would be the perfect summer treat after a boiling hot day. Now here’s a dish for the guys – less fancy, cheaper price, much bigger portions. Generous salmon portions, capers not overpowering with the lemon creme fraiche bringing quite a refreshing taste to the crepe. This for me would be the perfect portion as well – not too big but not too small either. On to the dessert, which according to the French waiter, everything was hand made – And this fondant was definitely made well – cooked on the outside, gooey on the inside without being too undercooked – that’s what makes an awesome fondant. Vanilla bean ice cream was on point as well, though it did overpower the salted caramel – then again, you have your chocolate fondant, you have your ice cream, why complain?

Here’s a piece of advice – if you’ve just tasted something heavy in flavour like chocolate or vanilla ice cream, don’t go tasting lighter/refreshing things – everything will seem bland. Which made this dish weird – I could smell the pistachio and the orange, but when I tasted the crepe, it just seemed bland – that’s not to say it wasn’t cooked well, it probably just meant I shouldn’t have had that chocolate fondant beforehand.

L’assiette is a very cute little place – everything is very fresh and pricing is clearly based on how fancy you want to go – for those with a bigger appetite – go for the shared platters and the crepes – they are much better priced. The main menu is good, with great French creativity, but probably not for the price – then again, if L’assiette turned their menu into a degustation… I think that would be a different story. Situated around the Britomart precinct, it’s a pleasant little cafe to chill and eat they also run events and promotions about the French culture – I’m just hoping their winter menu will be just as good! 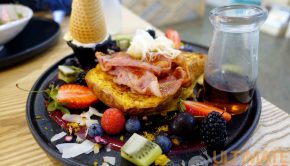 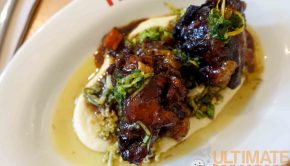 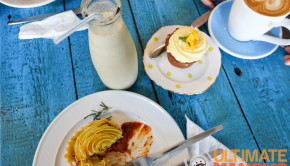 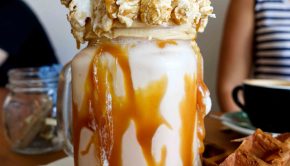