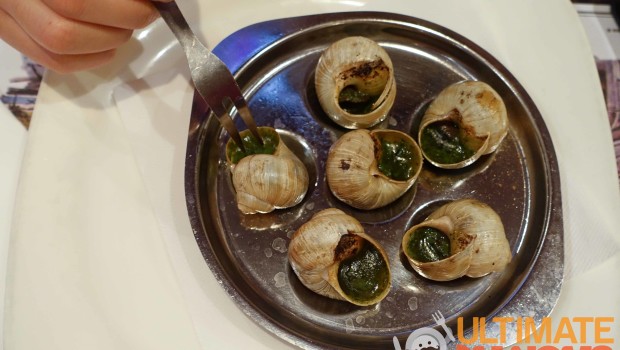 Three things I remembered from our tour manager’s prep talk: Our Contiki started on 24th December, which means that we would get to countdown to Christmas in the most romanticised city in the world – Pahreee.

To get there though, we went through the roughest ferry ride from London to Paris, where I discovered the miraculous powers of acupuncture wristbands instead of popping anti-motion sickness pills.

Paris welcomed us with the glittery Champs-Élysées and we went through the infamous roundabout around Arc de Triomphe. The arc was impressive but more impressive/scary is how the Parisians could drive without any lanes…casually moving about like an invisible child hand was maneuvering it from above. Times 100 cars. Here at the Notre Dame before the hand struck midnight, we attended the midnight mass. Being in a place of prayer, many of us felt the need to bow our heavy heads, caught on French live TV and broadcasted to the world. We left before we hit the embarrassment of actual snores, only to realise that masses of people were waiting for seats, and even longer queues outside in the rain…

What followed was an adventure taking the metro back to the hotel, waiting only to realise the particular line was closed early for the night. Someone joked earlier that we would be counting down to Christmas on the tube. Well, it happened. Small “wooos!” to celebrate Christmas on the train. It was Christmas Day the next day so most of the shops were closed but luckily the street stalls selling more special souvenirs like second hand books and watercolour postcards had opened up by mid day.

Most important, Lauduree was open! [insert girly squee and masses of emoticons] Going on top of the Eiffel Tower on Christmas Day was something special and it wouldn’t be the last time I was glad to be going with a Contiki group for the fast pass to all the main attractions. Beside the Eiffel Tower, you could go ice skating or sample the many foods from the Christmas stalls set up. I had tried escargot in New Zealand before but nothing beats having it in France. I personally liked it but you can’t really go wrong frying seafood type texture in butter and garlic. The frog legs were a different matter. I usually pride myself on being Asian and able to stomach all types of foreign foods but the way it was presented was just too gross for my slightly whitewashed brain. I never even liked the Princess and the Frog.

Verdict: it tasted like chewy tasteless chicken. I probably wouldn’t repeat the experience again unless it was cooked differently. Fried frog legs could be a different experience..

Next stop: Lucerne, Switzerland. Time to throw some snow balls on the Swiss Alps!